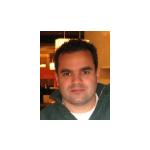 By jpaulino, November 1, 2009 in Outras Linguagens