"How to write a Linux virus in 5 easy steps" 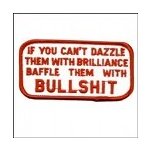